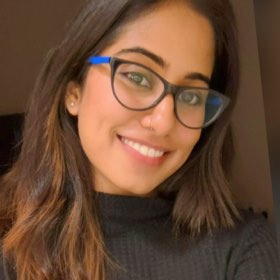 Making a claim of medical device equivalence was a popular route to compliance under the MDD, saving companies time and money by avoiding the need to generate new clinical evidence. However, the advent of the EU MDR has changed the rules, meaning that equivalence is a more complicated option than it used to be.

In this article, we give you five tips for making an equivalence claim when performing Clinical Evaluation under the MDR.

This may sound obvious, but the first thing to do is to ensure you know exactly what equivalence is.

Video: An in-depth look into medical device equivalence and its role in device approval under the MDR

Equivalence is the process of demonstrating that two or more devices are similar to the point that there is no clinically relevant difference in their safety and clinical performance. In other words, it’s much more than just showing they are ‘similar’ — equivalent means ‘effectively the same as’, meaning that it’s harder to prove than a claim of similarity.

As we’ll discuss shortly, an equivalence claim can only work if the subject device is shown to be clinically, technically, and biologically equivalent to another device in the market which is already CE marked. It won’t work if claiming equivalence to a device that is not CE-marked under the MDR - and yes, that includes devices in the UK too.

A claim of equivalence encompasses three aspects — the technical, biological, and clinical attributes of the device. So, if you are comparing two devices that have the same features but are built of different materials, it will not make the cut. Therefore, spend some time digging into the features of the subject and equivalent device in all three domains before making a claim.

According to MedDev 2.7/1 rev 4, equivalence claims should be backed up with strong scientific evidence. This may require an extensive literature search to address the device’s technical, biological, and clinical specifications.

The medical device manufacturer should identify and declare any differences between the two devices that are revealed during the literature analysis – don’t shy away from them. Conducting a Gap Analysis to see whether there is a clinically relevant difference between your product and the proposed equivalent will also help you to flesh out the equivalence claim.

Along with this, the manufacturer may need information relating to the equivalent device that isn’t easy to obtain – which means another tip is to…

Under the terms of the MDR, it’s necessary to show that you have sufficient access to data relating to the equivalent device.

While ‘sufficient access’ isn’t defined in detail for other classes of device, there are several principles to hold in mind. It’s worth phrasing the sufficient access statement around areas of uncertainty – so, for example, if it’s easily demonstrable from publicly-available information that two devices are technically equivalent, state that the ‘key data’ that must be accessed relates to biological and clinical characteristics. This helps narrow the scrutiny of the reviewer.

Furthermore, this may enable the performance of tests or direct experience with the device to meet the sufficiency test. Ultimately, meeting the access test comes down to a judgement call but it doesn’t always mean raiding a competitor’s technical files. With the exception of Class III devices, it’s about forming a reasoned argument and amassing as much information as you can.

The three dimensions to be taken into consideration while demonstrating equivalence are technical, biological, and clinical characteristics of the devices. Having done the prep work, it’s time to form the argument. Here’s the low down on each aspect of equivalence:

Technical equivalency means that the device is of similar design; it is used under similar conditions; it has similar specifications and properties, including physicochemical properties; it employs similar deployment methods, where applicable; and it has similar operating principles and critical performance requirements.

The device employs the same materials or substances in touch with the same human tissues or body fluids for similar types and durations of contact, as well as similar substance release characteristics, such as degradation products and leachables.

Clinical equivalency can be claimed only if the device is used for the same clinical condition including similar severity and stage of disease, at the same site in the body, in a similar population, including age, anatomy, and physiology; device has the same type of user; and has comparable relevant critical performance considering the expected clinical effect for a specific intended purpose.

Tip 5 - Get the message across

Having done all this work, don’t let your claim fail because it isn’t set out in a way that appeals to the reviewer. The most effective way to display the analysis and comparison of data is to prepare a set of tables comparing the devices’ technical, biological, and clinical properties, along with a column on the effects on any differences on clinical safety and performance. This forensic, line-by-line approach enables the reviewer to follow the argument as it builds. Any identified differences and their implications for safety and performance should be carefully justified in a paragraph following the tables.

Claiming equivalence under the MDR isn’t necessarily easy but it can save a pretty penny in clinical evidence costs. If you need more advice on working with equivalence, feel free to reach out to our team who are always available to help.

Mantra Systems has experience in producing equivalence claims under the MDR as part of our Clinical Evaluation service. If you would like to speak to us about how we could help you in this area, please contact a member of our team for a no-obligation discussion.

Do you need help with your MDR strategy?